How do banks and industries benefit from the Blockchain Network? — And How do you patent Blockchain?

We are aware of the tremendous advantages of Blockchain technologies, are we not? However, the context of the Blockchain is wider than we already encountered. Apart from the transaction speed and secured outcomes, it unlocks a pool of efficient tools for the field of Banking. Now to patent such a marvellous technology in the digital era, one must possess the knowledge of the Blockchain patents and their rightful procedure.

In this article, we would address the most important questions one by one for an informational insight into the fintech industry and its products!

Initially, acknowledging the correlation between Blockchain and Banking is an integral step, to begin with, its case representation. What tools and peculiarities of Blockchain technology reshape the face of Banking industries? Blockchain, an open-source and distributed ledger technology, stands firm by eliminating the intermediary system. These features impart reduced transaction costs and faster than ever banking transactions over the world. Despite its no middlemen protocol, the Fintech products are secure and transparent for its users to consider the revolutionary shift.

Adopting Blockchain technology for banking services is just around the corner. 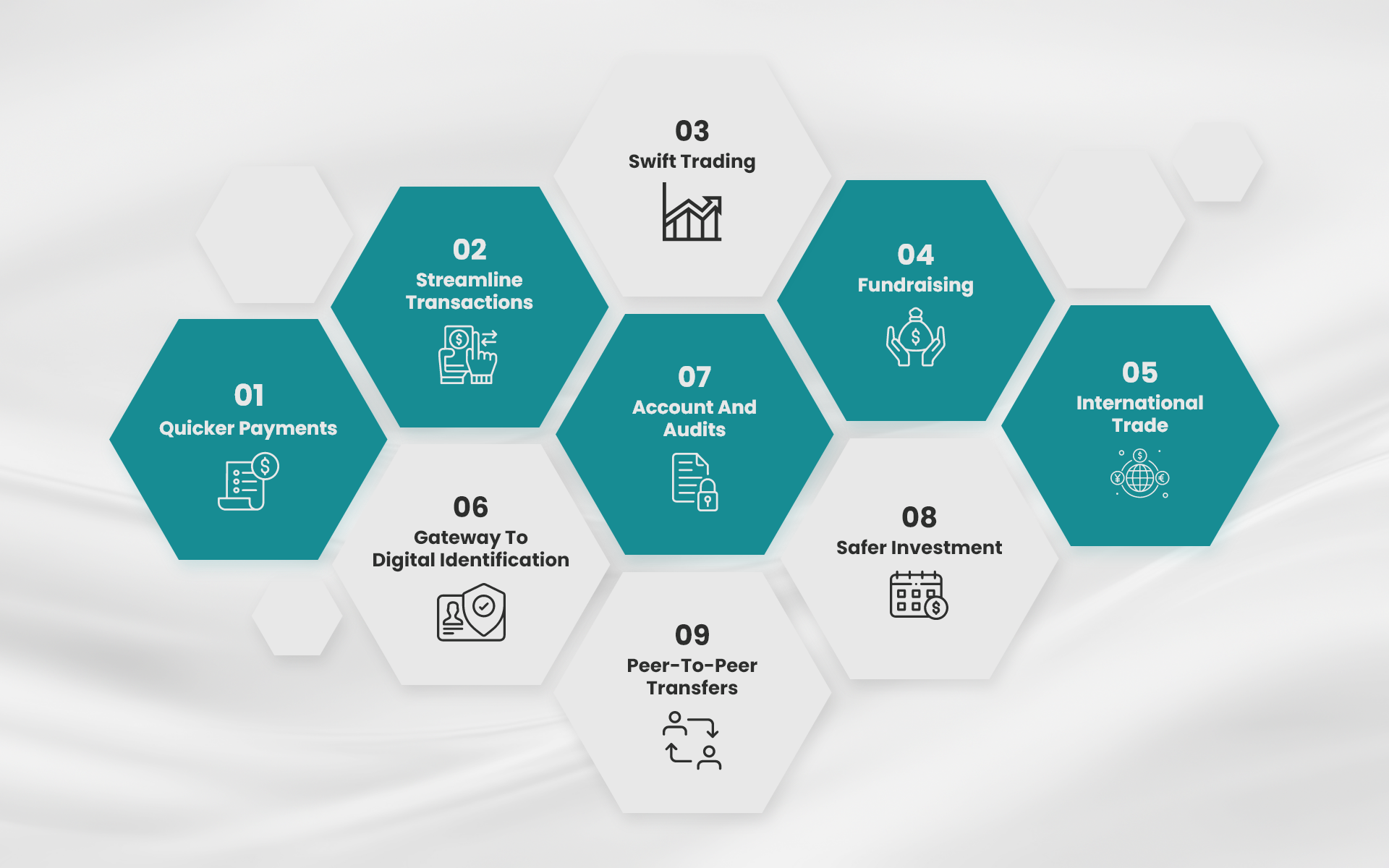 Blockchain technology establishes a trustworthy relationship among its users. And hence to maintain its integrity, a Blockchain patent should be put into action. The base of Blockchain technologies relies on security, privacy, scalability, and flexibility. These pivotal features make the technology unique and hold worldwide acceptance.

The impeccable Blockchain technology eliminates the third party and embraces the distributed ledger technology for the encryption of the data transferred among investors. Moreover, the elimination of the middlemen imparts lesser transaction costs and efficient transaction delivery. As Blockchain technology drives its fans over the world, the Chinese government encourages the leading Blockchain based industries to register their novice technology under a patent scheme to make the process more reliable and trustworthy. A few of the noteworthy Blockchain patents are Alibaba, Tencent, Xiaomi, SinoChain, Bubi Technologies, IBM Intel and many more.

The first ever Blockchain Patent: Its future

At a time when the industrial sector has accepted blockchain technology as an efficient tool, more and more Blockchain platforms are being introduced into the market. The country that first introduced the Blockchain patent, China, facilitates methods to authenticate the banking procedure encircled in Blockchain technology. As per the regulating bodies, ICBC- Industrial and Commercial bank of China and SIPO- China’s State Intellectual property, users can avail of an increased working efficiency banking system and eliminate the filing of repetitive Blockchain platforms through blockchain patents. The first Blockchain patent came into force in November 2017 explaining the procedure and minimizing the procedure of banking for consumers.

In order to hit the Blockchain application development target without fail, you should consult a Blockchain consultant company. Webllisto Technologies is the ideal Blockchain Development company imparting development solutions along with precise consultation. Our industry-specific solutions are structured by the industry’s respective team of Blockchain developers. The banking and fintech industry is rapidly accepting the revolution of the digital era with Blockchain technology as its backbone.

If you are looking for the best IT consulting, Software Development, and Marketing services, Webllisto is the best choice for the expansion of your business. Tell us about your project idea for professional inputs. We ensure complete confidentiality of your project idea and follow NDA guidelines before the commencement of the talk. Moreover, we offer in-depth information about our working process and offer a free estimate on your project development.

Get in touch today for a secured and informative session on our Software development services!

Guaranteed response within one business day!

Get Estimate Of Your Project

We appreciate your interest in Webllisto. Let us know where we should send your complete estimation Please fill the form and we will share the quotation with you shortly

Let us know where we should send your complete estimation

Open chat
1
How can I help you?
Chat Now